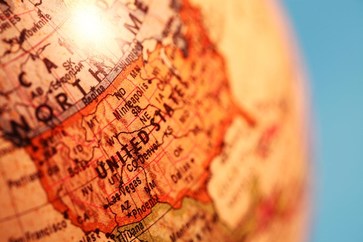 A Brief Introduction
Bed bugs (Cimex lectularius) are very small, reddish-brown parasitic insects that are an all too common household pest and are notoriously difficult to eradicate.  They are annoying, virtually flat in appearance and experts at hiding in the small cracks, crevices and dark places of your home waiting to get their next meal.  They are wingless hitchhikers that don't jump, don't fly and luckily don't spread disease.  And these nasty little arthropods do not discriminate:  They do not care how much money you have, how clean your house is, how old you are.  They don't care about your race or culture.  They generally bite at night, living just a few feet away from their host and multiply exponentially fast.  If desperate enough, they might not even care if their host is human or not.  They do care about one thing:  Sucking your blood.  Anyone, anywhere can be affected and it can happen in an instant, without warning.   A 2011 study found that one in five (20% of all homes) have an ongoing bed bug infestation that is untreated.  If you have them, don't be ashamed, don't think that you are unclean or that you did something wrong.  Most importantly, do not panic!  Educate and then Eradicate!
For 40 years we largely lived in peace here in the United States.  But of course, all good things must come to an end and the decade of 1990s saw bed bugs roar back with extreme vengeance.  Why you say?  The general lapse of public awareness (out of sight out of mind) and the explanation of DDT being banned were the conventional answers but other factors are at play as well.  The 1980s saw pest control companies switch from treating cockroaches with spray to baiting them but bed bugs do not eat bait.  A survey of pest control companies showed tourism and international travel was partly responsible as hotels located near airports, vacation resorts and tourist attractions like Disney World had the first major outbreaks.  Although the West saw near-total eradication with DDT, regions such as South America, the Middle East and Africa saw no change in their infestation levels so mass population movements into Western nations also played a role.  Human psychological factors such as shame and denial plagued homeowners and thus, many failed to take action upon discovery of bed bugs to avoid the social stigma.  Many hotel owners also found it cost prohibitive to replace furniture, carpets and having to keep rooms out of service for lengthy periods of time so the problem was just ignored.... but also spread.  And perhaps the most controversial answer to why bed bugs have re-surged:  Shockingly high professional treatment costs that prevent many homeowners, hotel and other small business operators from being able to afford treatment even if they knew infestation was present.